A MIDI controlled synth, in a wooden box.

Reminiscent of the analogue synthesisers that powered the songs of Kraftwerk and Gary Numan in the late 1970s, this instrument in a stylish stained wood frame has all the features they would have loved. 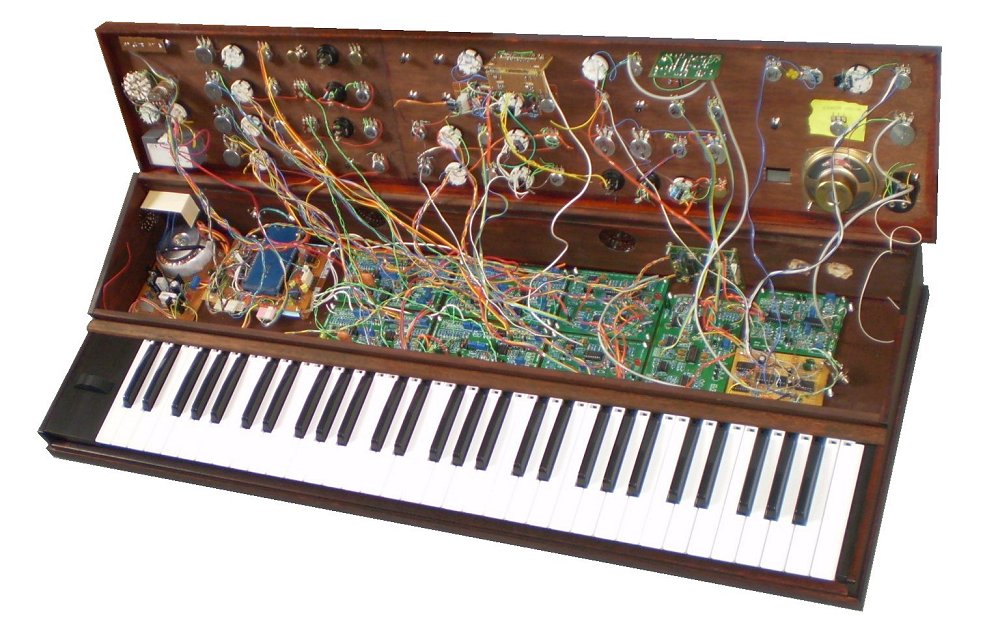 Partially completed interior, showing the wiring nightmare. The actual keyboard unit is a MIDI Controller unit from Behringer, removed from its original plastic case and neatly inserted into a new home. 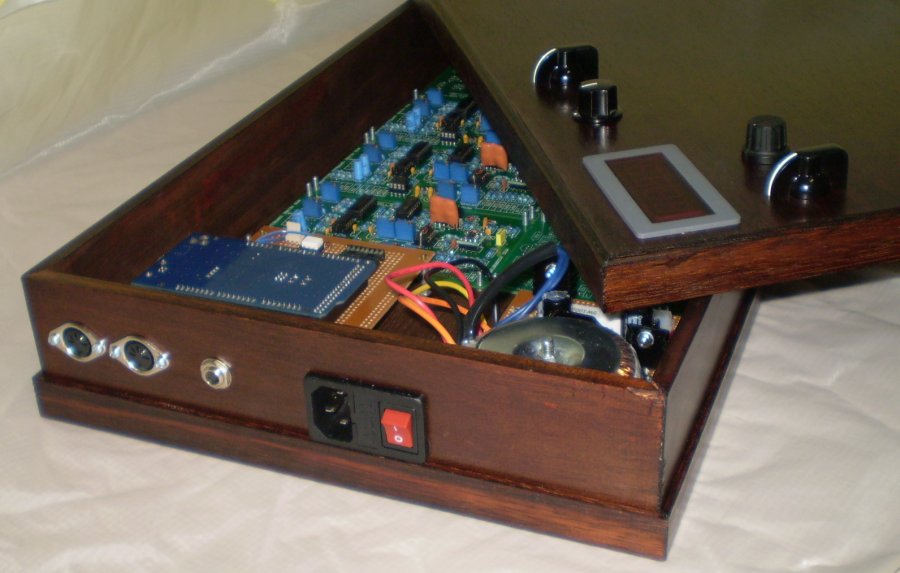 An early prototype shows the Arduino Mega board used for the central brain, and several oscillator circuit boards from musicfromouterspace.com.
The Arduino hardware and bespoke software accepts MIDI signals from the keyboard and converts them into analogue voltages to be used by the oscillators. The unit can also be run via a computer, with the keyboard sending MIDI signals to the digital audio workstation software, and in return accepting MIDI signals from the computer to create rich and sweet analogue sounds.